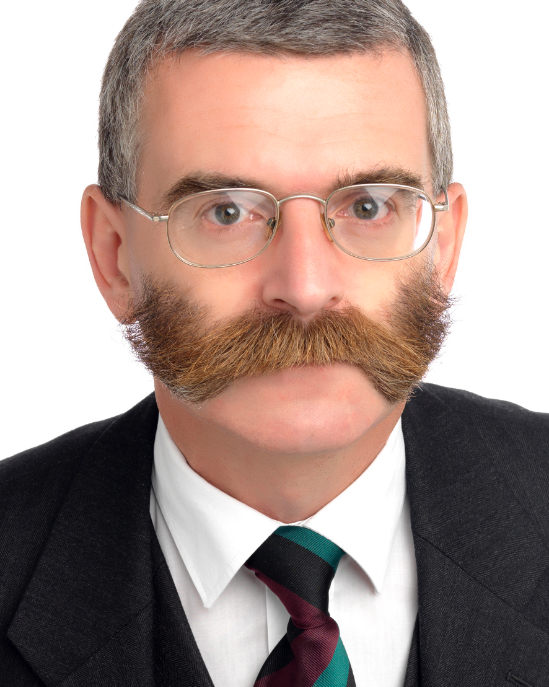 Peter has an established Civil practice, specialising in Personal Injury, Industrial Disease and Credit Hire. Peter also specialise in Military Claims, with a long experience in Claims both against the MoD and for service personnel generally.

Peter is an established Civil Practitioner with over 10 years' at the Bar and nearly 20 years' prior as a solicitor, he specialises in Personal Injury, including Serious Injuries, Industrial Disease and Credit Hire matters.

He is also a member of APIL Military Injuries Specialist Interest Group and a former member of Forces Law which specialised in claims by Armed Forces personnel, he undertakes general civil and personal injury work for service personnel, including Claims against MoD.

Peter joined Kenworthy's Chambers as a pupil on a short pupillage in September 2010, after spending the previous 19 years as a solicitor, initially in a high street practice and for the last 15 years in a specialist practice conducting serious personal injury claims.

Interests Outside the Law:

Peter regularly appears in court in civil disputes, but also undertakes mediation both as a representative and as a mediator and has a range of classic vehicles, too many as his wife constantly tells him, including: his first ever car, a 1973 Rover P5bCoupe, now twice restored during his ownership; a 1969 Volvo Amazon 123GT upon which he has been doing a nut and bolt restoration for some years; a 1968 Daimler Sovereign 420; a 1999 Rover 800; a 2001 Daimler SuperV8 x308 LWB (daily transport); a 2005 Jaguar XJ 4.2 LWB and; a beetle back 500cc JZR three wheeler. In addition Peter owns a 1954 BSA A10 and a 1991 Enfield Bullet. Read more here.

Reading - mainly military history and political biography. Having built a substantial extension and a double garage some years ago, Peter now finds his time taken up simply maintaining the existing family home, where no job is too big and he will rarely admit to needing professional help! Peter remains a serving member of the Territorial Army, which he joined in 1990. He served a tour in Iraq in 2003 and attended Staff College in 2004. He was awarded the Queen's Volunteer Reserve Medal in the Birthday Honours List 2007.

Peter is a keen runner and cyclist, although family commitments mean that he now does more short runs than long cycles.

Peter has long experience in claims both against the MoD and for service personnel generally. Prior to coming to the Bar a proportion of his practice as a solicitor related to Claimants from all three services, referred through the Forces Law network. He has lectured upon military claims and has been a member of the APIL Military Injuries Special Interest Group for many years.

Although still serving in the Army Reserve (Territorial Army), Peter is cleared to act in cases against the MoD as long as they do not involve his own chain of command.

Peter accepts instructions on behalf of both Claimants and Defendants in a range of Personal Injury matters including Serious Injury, Public, Occupiers and Employers Liability, he deals with Fast-Track and Multi-Track matters.

A solicitor from 1991 to 2010, Peter spent the last 15 years handling fatal and serious personal injury cases, much of the work being motorcycle related. This naturally included a considerable number of credit hire matters, both motor car and motorcycle. He also cultivated a special niche in personal injury claims for military personnel and conducted a number of serious clinical negligence cases.

Peter also undertakes a range of industrial disease work, predominantly noise induced hearing loss together with work related upper limb disorders and hand arm vibration syndrome. He has a particular interest in limitation issues as they relate to such conditions and presented a lecture upon the subject on Limitation in Noise Induced Hearing Loss in Kenworthy's 2015 lecture series.

Peter has had a long interest in credit hire, going all the way back to the cases of Dimond v Lovell in 2000, when as a solicitor many of his motorcycle courier clients used credit bikes to get back to work. Since coming to the Bar he has regularly represented both claimants and defendants in credit hire disputes, often of significant value, although almost always now in car and taxi cases.

Peter has developed a landlord & tenant practice, acting for both commercial and private landlords. He has had particular success in resisting claims for damages bought by tenants for failing to serve Prescribed Information under section 214 of the Housing Act 2004. Peter is happy to discuss cases ahead of instructions.

Peter has experience both representing parties in mediation and as a mediator. He has developed a particular interest in classic and prestige car disputes, an area in which his ownership of a such vehicles gives him a head start in understanding the issues that often arise. His own fleet includes a Jaguar, a Daimler, two Rovers, a Volvo a JZR three-wheeler and two motorcycles. As a consequence he naturally appreciates the sensitivities that often give rise to disputes between classic car owners and classic car restorers and has seen the benefits for both parties of a mediated settlement.

Prior to coming to the Bar, Peter appeared in over 30 inquests all over England and Wales, mainly in relation to motor accidents.

Peter accepts Civil law instructions on a Direct Access basis for appropriate cases. Please refer to the below pricing range for their services; this is subject to case type, complexity and seniority or experience of the barrister. Accurate quotes will be provided prior to commencement of the work involved.

*These price ranges are based on local courts; other courts will incur a travel charge. Please contact our Senior Civil Clerk, Mike ([email protected]) for further information.*