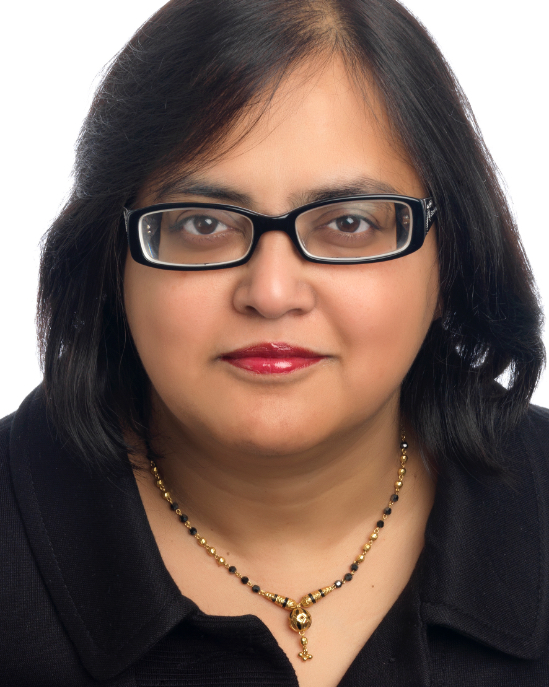 With over 20 years of experience in Immigration and Asylum law, Gita is a highly experienced practitioner with a good reputation in the Immigration legal community. Gita is extremely knowledgeable in terms of case law and has significant experience in dealing with vulnerable clients.

Top Ranked in Legal 500 2019 - 2021:
Gita Patel is recommended in the Legal 500 for her Immigration practice, 'Gita is a highly experienced barrister with a good reputation in the legal immigration community. She is very friendly and bubbly person. She is very knowledgeable in terms of case law. She has an excellent rapport with our staff. She goes the extra mile for all our clients.'

Top Ranked in Chambers and Partners 2012 - 2020
Gita is a highly experienced barrister with a good reputation in the region. She has a broad immigration practice regularly appearing in the Court of Appeal and Administrative Court, and has notable expertise acting for vulnerable appellants. Acting exclusively for claimants, she attracts praise for her sensitive representation of vulnerable clients, including victims of trafficking and seriously ill asylum seekers. Areas of expertise include human rights law, asylum and public law issues.
Strengths: "She is very knowledgeable in terms of case law." "She has an excellent rapport with instructing solicitors. She goes the extra mile for all our clients, and always tries to get the best possible result for them." "Just very, very effective. It's her experience and know-how: she has a really good understanding of the dynamics of a hearing room and is very wise, very understated and gets the job done."

Gita has specialised in immigration and asylum law since 2000. Gita speaks Gujarati and understands Urdu.

Lecture Experience:
Gita lectures as part of the Immigration Lecture Team and has covered topics such as;

Family and private life under Article 8
Challenging decisions of the AIT
The new Immigration, Asylum and Nationality Act 2006
The Refugee Qualification Directive
The Statement of Changes under the Immigration Rules
Immigration, detention and deportation - the current state of play Interests

Outside the Law:
Gita's interests include cooking, travelling, reading and writing.

Gita has specialised exclusively in immigration and asylum law, coincident with the advent of the Human Rights Act 1998 and the dispersal of asylum seeker to the northwest by NASS.

Gita has also appeared before the Court of Appeal and Administrative Court in asylum and immigration matters.

A significant part of Gita's practice has involved the application of human rights principles to the dispersal of asylum seekers to the northwest by NASS.

She has particular experience in representing vulnerable appellants, particularly minors, the elderly, females and those with mental health issues, and Human Rights arguments are almost always at issue in such cases.
Gita undertakes advisory work on immigration and judicial review matters in line with Chambers' quick turnaround policy and will consider pro bono work on its merits.

Gita's practice involves using public law principles at every turn, and she has extensive experience of judicial review proceedings in the high and appellate courts.

Gita accepts Immigration Law instructions on a Direct Access basis for appropriate cases. Please refer to the below pricing range for their services; this is subject to case type, complexity and seniority or experience of the barrister. Accurate quotes will be provided prior to commencement of the work involved.

"Gita was great in court and fought hard for Mr M. I am so grateful as is Mr M"

I mainly have used GITA PATEL as counsel. She is very and absolutely approachable and very mush with empathy with our clients. She delivers 100% and all clients have praised her approach. She is at ease to be contacted and even provide guidance on matters where help is needed. As an Immigration team present at Kenworthys, for those I have instructed (namely GITA PATEL) I cannot say anything but for full praise.

I have known Gita Patel for nearly 25 years. I have known Gita to be a highly professional individual with great professionalism and a disciplined service history. She has specialised exclusively in immigration and asylum law. She practices in all aspects of this work and also appears before the Court of Appeal and Administrative Court in asylum and immigration matters. We have extensively used her professional services over the years especially in last 20 years. Gita Patel has particular experience in representing vulnerable appellants, particularly minors, the elderly, females and those with mental health issues. She has represented many such clients for us and ascertained the relief from courts and tribunals as desired by our clients as per law. Gita's practice involves using public law principles at every turn, and she has an extensive experience of Judicial Review proceedings in the high and appellate courts and will consider pro bono work on its merits. She can also accept instructions via the direct access scheme allowing individuals to instruct her without using a solicitor. Gita speaks Gujarati and understands Urdu. Her multilingual skills always remained helpful and she has always shown interest in our appeal and or administrative challenges cases whereby mute arguments desired active representations. In many cases she won us costs as well as relief for the appellants. In 2019 alone we won 4 cases with costs which were settled in an administrative court. Gita Patel is an approachable counsel, with a ready to help attitude , and is a woman of integrity and sheer principles. I take pride in working with her over the years